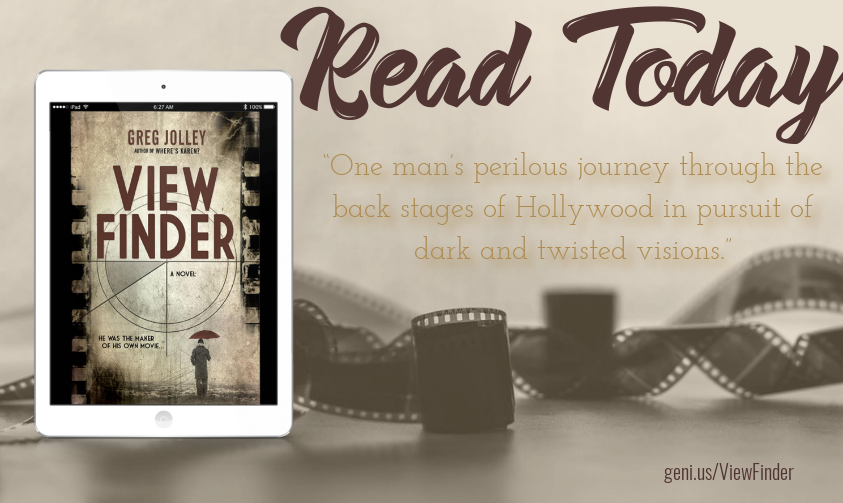 (For the full release, please visit us at: https://the-avidreader.blogspot.com/2020/04/08-virtual-book-tour-giveaway-view-finder-by-greg-jolley-RABT.html#more)

For those interested in exploring the subject or theme of your book, where should they start?

Anyone who wants to read odd crime fiction can open a Danser novel and start their adventure. The books are not a series; the only constant is that each is about a member of that strange and eccentric family. All are under-bridged with the themes of crime, with some trying to solve them and others merrily engaged in theft, murder, madness and revenge.

How did you become involved with the subject or theme of your book?

Off and on I have haunted movie production companies, so using a few for BB’s story was a natural choice, especially since this is also the tale of a cinematographer with visions that compel his life. I also wanted to explore the criminal greed that so often sparks senseless act of violence. And the consequences of that, of course.

What were your goals and intentions in this book, and how well do you feel you achieved them?

I wanted View Finder to read like a movie being watched. This is often my goal, creating what the French call livre de film (movie book). As with all the Danser novels, the goal is to build a world for the reader to enter, much like stepping into a cinema, where much is familiar and much is, well, strange, but also compelling. And as always, story rules.

Anything you would like to say to your readers and fans?

First and foremost, I enjoy hearing from you. The good, bad or raving lunacy. I don’t write for the money, I write to reach an ever-expanding readership. Because I write seven days a week, I am seven books ahead of my two publishers, a gap I will be closing with Épouvantail Books as they have agreed to publish two weeks per year. I enjoy the questions the most because that encourages interesting conversations.

What did you enjoy most about writing this book?

Building the miles of ingredients, prior to starting the write. I do a ton of research, which is always a joy. Before I start a book, I typically have 15,000 words of ingredients, speaking to the cast, theme, choice of structure, locations and motivations. By then I also have what I call the skeleton, not to be confused with an outline. While I will have scenes and events and snippets of dialog as well as all the other material, I also know that once I start in, all those little darlings are at risk, as they should be. This leads to the second delight; watching the story and characters take over and relegating me to the typing pool.

Can you tell us a little bit about your next books or what you have planned for the future?

Later this year, Black Veil will be launched by Épouvantail Books. This is a dark macabre retelling of the Donner Party tragedy as it is being made into a movie. Black Veil has two alternating story lines. One is of the trapped pioneers and their turn to cannibalism. The second goes on behind the scenes on the movie set, where a deadly and twisted movie company executive has cooked up a way to riches by killing off the cast and selling the gruesome footage to private collectors.

How long have you been writing?

Since I was twenty-six, when I wrote the novel Distractions, my first exploration of the pathways to madness and possible recovery. Unlike the following Danser novels, this one didn’t have crime as a major element. I had yet to discover the powerful sway that compulsive greed and vengeance and other sides of crime could add to stories.

Can you tell us a little bit about the characters in View Finder?

The main character is BB Danser, whose life is followed as he chases a cinematic vision that he tries to overlay on his sordid and criminal real life. His life, quite simply, is a roller coaster ride through haunted houses. He’s not evil by nature, but survival calls for acts of violence as he struggles to find a way to live with his visions. At times, his ability with viewfinders brings him acclaim. At others, they are the cause of his madness and downfalls.

If you could spend the day with one of the characters from View Finder who would it be? Please tell us why you chose this particular character, where you would go and what you would do.

I would be Pierce, BB Danser’s older son. He is one of the few to recognize his father’s deteriorating mental health and has a chance to steer him from his planned dark denouement. That said, being Pierce – a future cinematographer – would also mean being more concerned with keeping a professional distance and letting the movie, the story, to play out as it must. 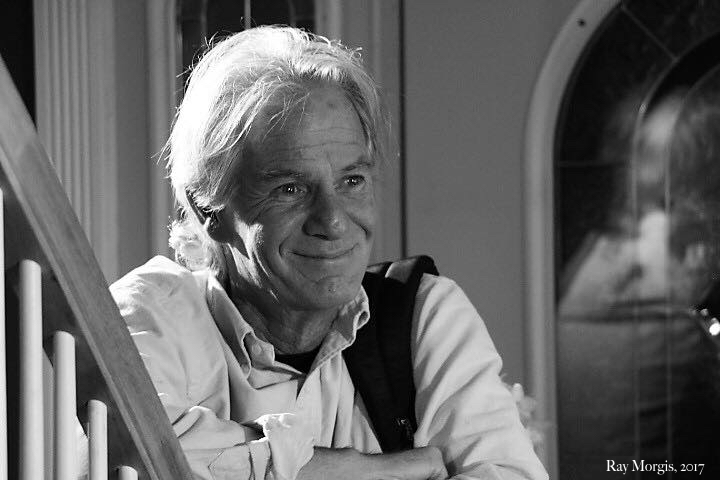 Greg Jolley earned a Master of Arts in Writing from the University of San Francisco and lives in the very small town of Ormond Beach, Florida. When not writing, he researches historical crime, primarily those of the 1800s.

I write the Danser novels, slender books of suspense, exploring the dance between good and evil. Here's wishing you all the best, Greg www.TheDansers.com View all posts by gregjolley